Many of you may have received this email today. It is a disgrace that the Government continue to make cuts to funding the Arts.   With around 11 million visitors a year, galleries are now more highly attended than Australia’s most popular spectator sport, Australian Rules Football, which had 10 million attendances in 2009-10 and yet they can afford to pay their players $million plus salaries. 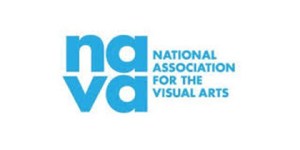 Please see below NAVA’s media release which was sent out this morning. You may have seen today’s article in The Age/Sydney Morning Herald. We will send out further communication to you shortly and we thank you for your continued support.

Your sincerely,
National Association for the Visual Arts

The National Association for the Visual Arts (NAVA) is facing one of its toughest challenges in the 33 year history of the organisation. This week the Australia Council for the Arts, the federal funding agency notified NAVA that it will not continue to fund its core operations as decided in this key organisational funding round. NAVA, the peak body for Australian visual and media arts, craft and design sector, like many other arts organisations is bearing the brunt of the cuts to the Australia Council and changes to the arts funding environment.

Tamara Winikoff OAM, NAVA’s Executive Director said today, “I suppose what is most disappointing is that we have worked really hard to protect arts funding in general and the Australia Council in particular. However NAVA will do its best to continue as an essential advocate for artists’ rights, professional development service provider, grant administrator and leader in establishing and implementing best practice standards. This is something that is needed now more than ever, not just for NAVA’s 17,000 members and subscribers who gain direct benefit from its services, but also a record number of organisations which have been defunded by these decisions and the unfolding damage this will cause to the Australian arts ecology.”

Internationally recognised artist and NAVA Board member, Sally Smart said today, “NAVA has proved itself to be an agile and adaptable key infrastructure organisation. It has been proud to achieve improved opportunities and working conditions for artists, art organisations and other art professionals and is committed to supporting risk taking, innovation and invention in contemporary art practice. This will not change.”

In the coming months NAVA will adapt its business model to these new circumstances. As with every other challenge, NAVA’s board and staff will make their best effort to ensure that the Australian visual arts sector can continue to enjoy a firm grounding of industry support.

Highly acclaimed Australian artist and NAVA Board member Michael Zavros said today, ”The withdrawal of key organisational funding to our national advocacy body is a huge blow to the Australian art world. NAVA is well known as the respected advocate and voice on behalf of its constituents. The organisation has been instrumental in securing a series of important rights for artists including moral rights, resale royalty, an income tax ruling, the national arts curriculum for schools and the Visual Arts and Craft Strategy which has substantially increased the level of funding to the sector. It’s really hard to understand the logic of this decision.”

Over the last year NAVA has worked across the political spectrum to call for the development of a coherent vision and evidence based policy framework to guide the initiatives and allocation of resources by governments. To strengthen the support base, NAVA itself has been responsible for establishing other bodies including Viscopy, the Australian visual arts rights management organisation, National Visual Arts and Craft Network, the Australian Design Alliance and ArtsPeak, the confederation of national peak arts organisations. It also has advocated in partnership with others including the National Advocates for Arts Education, Coalition for an Australian Resale Royalty and the Australian Coalition for Cultural Diversity.

Winikoff commented, “One thing is sure; that NAVA will continue to engage with and be strongly supported by its loyal constituents and the arts sector well into the future. We know we are essential to the wellbeing of Australia’s cultural creators.

We call on all our members and supporters to let their feelings be known to the Australia Council and the Government.”

All images are copyrighted © by Tamara Russell. The use of any image from this site is prohibited unless prior written permission from the artist is obtained.